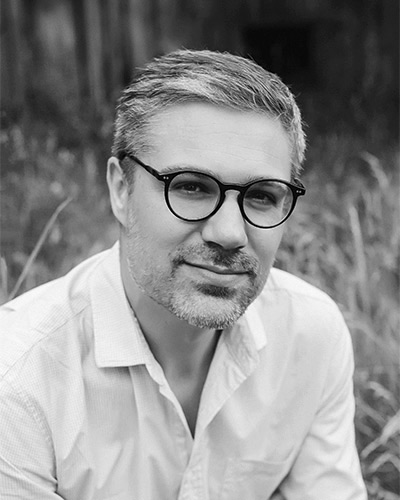 After earning bachelor degrees in architecture and civil engineering from Lehigh University, Samuel went on to obtain his M. Arch from the Southern California Institute of Architecture (SCI_Arc) in 2004. He practiced in Los Angeles with Studio Works Architects before moving to India in 2006 to work with Studio Mumbai and co-founded Case Design in 2013 with his wife Erica Barclay. In addition to his experience in the design and construction of architectural projects, he has worked on furniture, interiors, and exhibitions and founded the brand Casegoods in 2015. 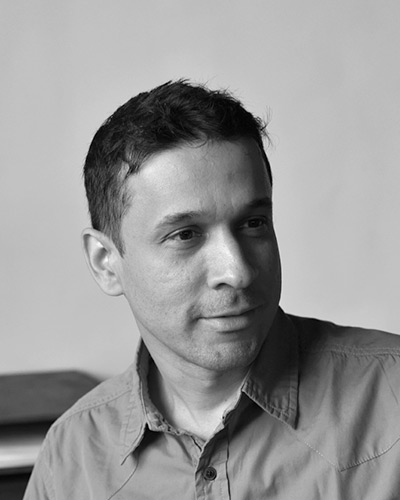 Saleem graduated from the Academy of Architecture in Mumbai and then trained as an Industrial Designer (Furniture Design) at the National Institute of Design (NID) in Ahmedabad and Ecole Nationale Supérieure des Arts Décoratifs (ENSAD) in Paris. He attended the Post Graduate Program in Modern and Contemporary Indian Art History at the Dr. Bhau Daji Lad Museum. His furniture is in the permanent collection of the Centre Georges Pompidou, Paris. He was director at Playn, founding program director of Product Design at ISDI Parsons Mumbai, and head of design at Reliance Brands (Muji etc.).

A founding partner of Case Design, Erica has been an active member of the American School of Bombay since 2006. Currently the Head of Admissions, she also lends her time on a volunteer basis to the strategic growth and development of Case Design and the Casegoods brand. Erica has a Bachelor of Science in Education from Central Michigan University, a Master of Science in Education from the University of Southern California, and a Master of Arts in Educational Leadership from the University of Northern Iowa. She is a published author and has been in the field of education and leadership for more than twenty years. 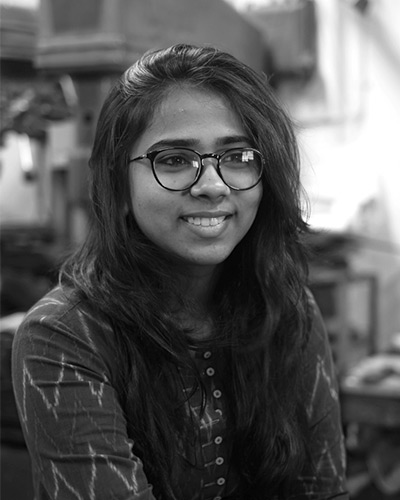 Dhwani studied at the Academy of Architecture, Mumbai where she graduated in 2015 before joining Case Design the same year. She has been a significant contributor to the Avasara Academy, Pune and has also worked on residential interiors and the Kizimkazi Guest Houses in Zanzibar. 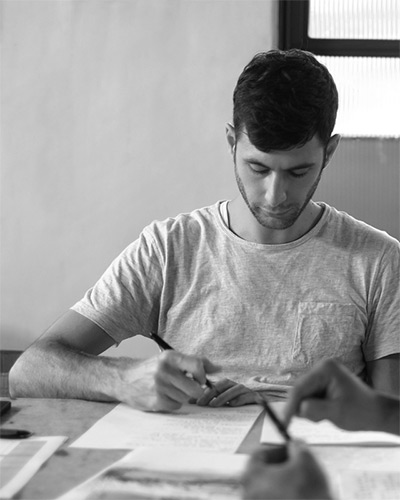 Paul studied design at Head-Geneva, Switzerland (graduated in 2011) and carpentry at Boulle School, France (graduated in 2015). He worked in various design practices and disciplines before joining Case Design in February 2016. He is now the creative director of Casegoods. 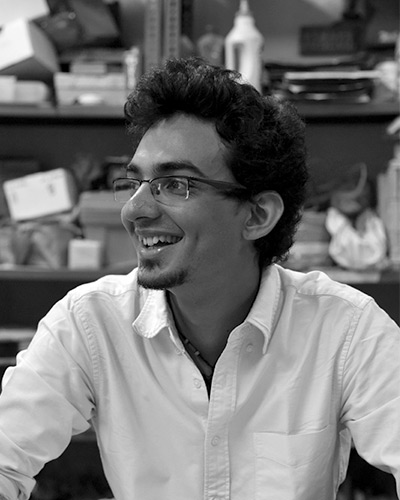 Farhaan studied landscape and architecture design at Nanyang Academy of Fine Arts in Singapore where he graduated in 2017. He worked in Singapore at National parks Board and Renaissance Planners and Designers and joined Case Design in 2018. 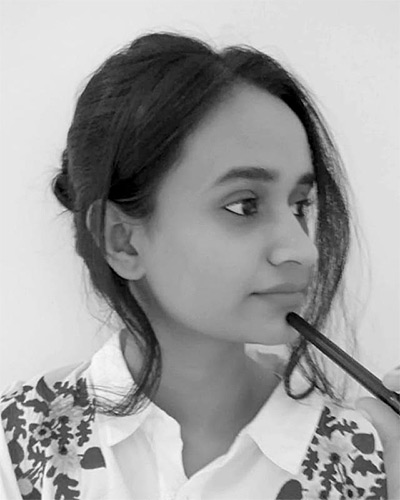 Nausheen studied Architecture at the Faculty of Architecture, Integral University, Lucknow, where she graduated with honours in 2018. She worked as an intern with Matharoo Associates, Ahmedabad and Sikka Associates, Delhi, before moving to Mumbai to join Case Design in November 2018.

Abhishek studied product design at ISDI Parsons Mumbai, and interned as an illustrator for educational videos and at a ceramics studio during his academia. He completed his thesis in digital fabrication with King Children and graduated with distinction in 2018, receiving the Dean's Award for Academic Excellence. He joined Case Design and Casegoods the same year. 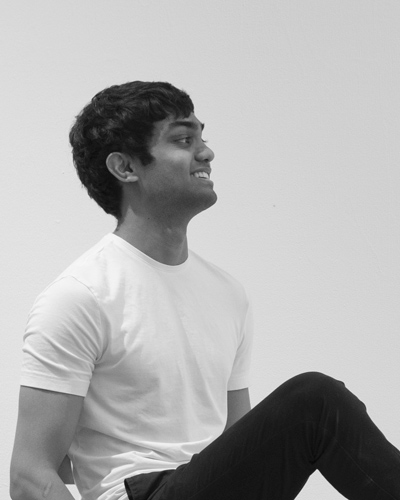 Kenneth initially studied Product Design at ISDI Parsons, Mumbai and then pursued Industrial Design at Central Saint Martins, University of the Arts, London where he graduated in a degree in BA with Honours in 2019. His work was nominated for the LVMH Maison/0 Green trail award for sustainable innovation. He joined Case Design and Case Goods in September 2019 after graduation. 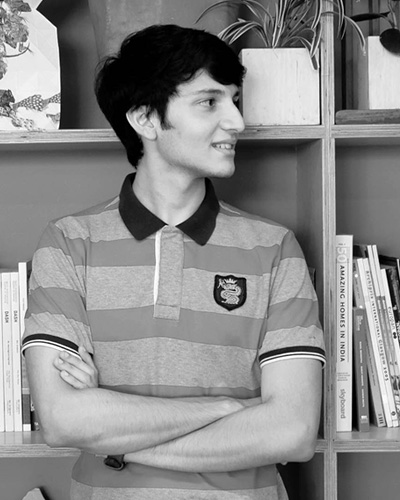 Karan graduated from School of Environment and Architecture (SEA), Mumbai in 2019. During his academia, Karan has interned and gained professional experience at architecture BRIO, Mumbai where he worked on a variety of architectural, interior and exhibition projects. He had also taken up summer internships at Sameep Padora and Associates (sP+a) and Plan Arch Architects. After completing his thesis, he went on to freelance and execute several interior (residential and office), repair and retrofit projects before joining Case Design in January 2020.

Jill joined Case Design in January 2020 and is an alma mater of SVKM's NMIMS Balwant Sheth School of Architecture. During her academia she did her internships at architecture studios in Mumbai and New York. In 2019, she assisted Dr Kaiwan Mehta for the German Exhibition Making Heimat and the Shifting City at the Goethe-Institut Max Mueller Bhavan, Mumbai. She attended the Neuroscience for Architecture, Design, and Urbanism conference in San Diego during her dissertation to gain more insight on designing enriched environments. 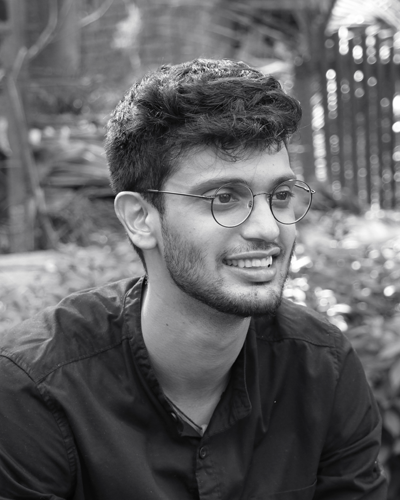 Noel studied Architecture at Rizvi College of Architecture, graduating in 2017. During his studies, he volunteered with Put Your Hands Together, a Bio-Architecture firm. After graduation, he worked on a natural building construction site as an on site designer and co-ordinator in collaboration with PYHT. He has also volunteered with natural building projects and self sustainable communities in Israel. He later worked on residential interior design projects in Mumbai before joining Case Design in January 2021. 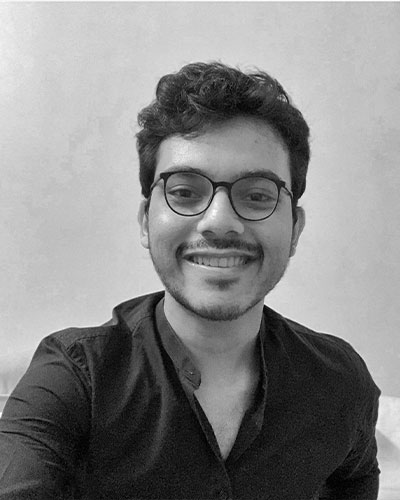 Vishal graduated from Dr. Baliram Hiray College of Architecture in 2019. During his studies, he was involved in the making of a vernacular playground with Grassroot.ed for rural kids and gained experiential knowledge of earthen buildings while volunteering for Dharmalaya, in Bir. He has also worked as a freelance designer and was with Studio Mumbai Architects before joining Case Design in March 2021. 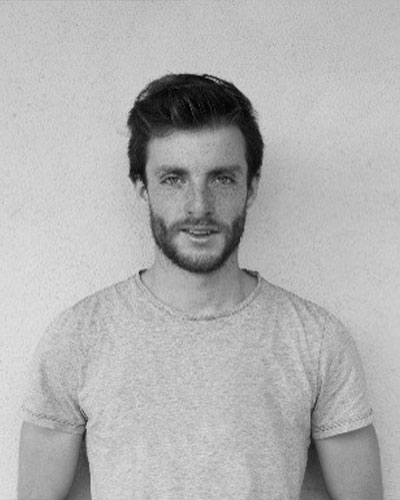 Silouane studied architecture at EPF Lausanne, Switzerland and ETH Zürich, Switzerland where he graduated with a master's degree in 2019. He first joined Case Design as an intern in 2016 and then worked at Mapa Arquitetos in Brazil and Index Architectes in Switzerland before rejoining Case Design in April 2021. 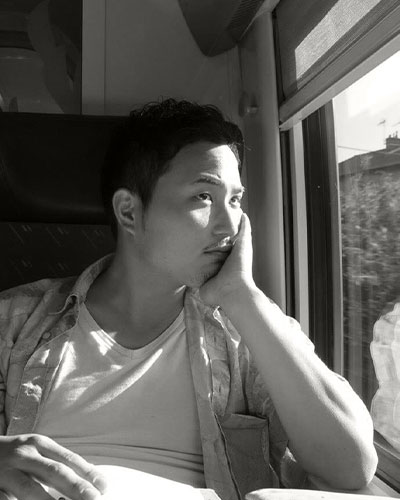 Futo studied architecture at Kyoto Institute of Technology, where he graduated in 2020. During his studies, he went on an exchange program to The Polytechnic University of Catalonia, and did internships at several architecture studios in Barcelona, Bangkok, Osaka. He joined Case Design in April 2021. 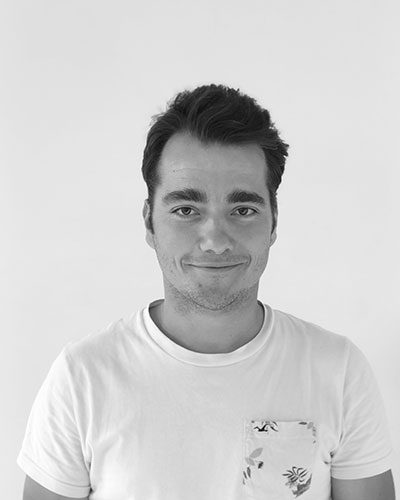 Quentin studied architecture at the Ecole Nationale Supérieure d’Architecture de Versailles (énsa-V) where he graduated with honours in 2015. During his studies, he was part of a year-long exchange in Japan at the Kyoto Institute of Technology (KIT). He worked with Bruther in Paris before joining Case Design in April 2021. 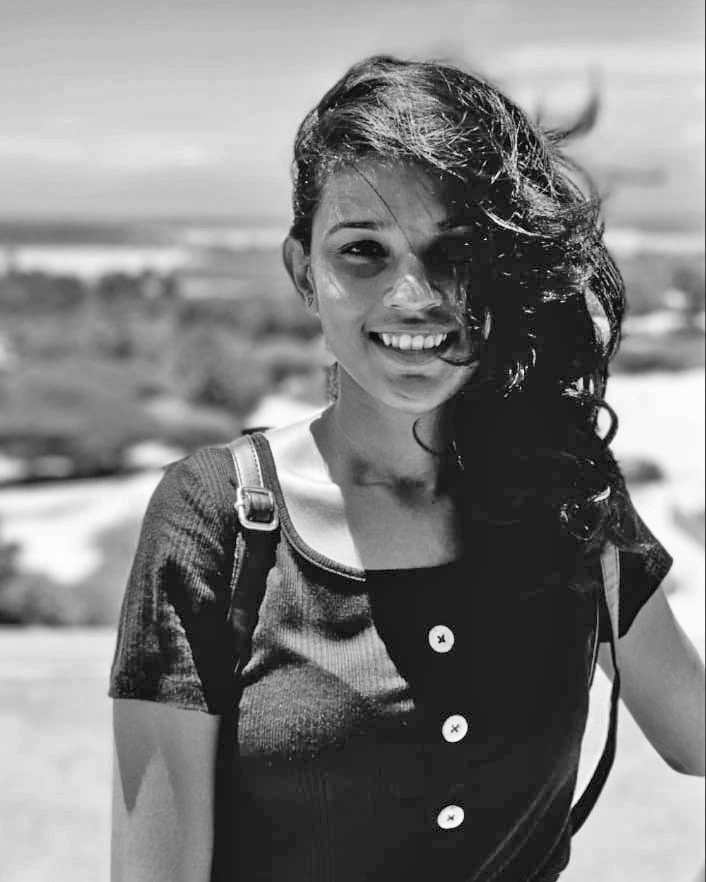 Sindhiya graduated from R.V.S school of Architecture, Tamilnadu in 2017. She interned at Techno Architecture Inc., and then went on to work at Funktion design, Bangalore as a Junior Architect before joining Case Design in July 2021. 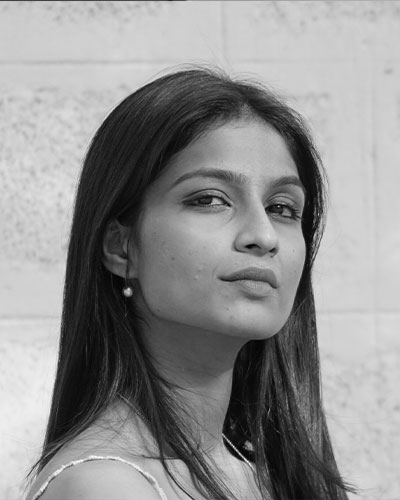 Surya studied architecture at the School of Architecture and Planning, Anna University, Chennai, India graduating in 2016. She has previously worked as a project Architect at RMA Architects, etc. She joined Case Design in April 2021. 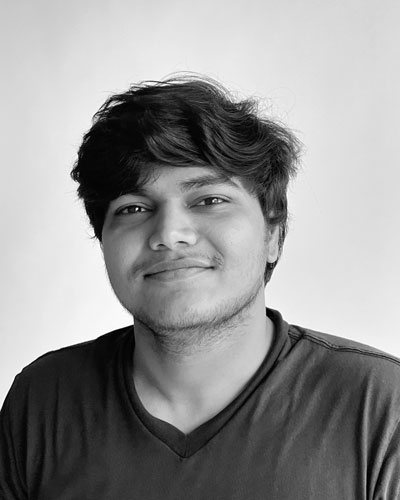 Gaurav studied at the School of Environment and Architecture, Mumbai where he graduated in 2020. He previously interned at Anupama Kundoo Architects, Pondicherry and Sameep Padora and Associates, Mumbai where he worked on projects ranging from architecture to material research. After freelancing on interior and furniture design projects he joined Case Design and Casegoods in May 2021. 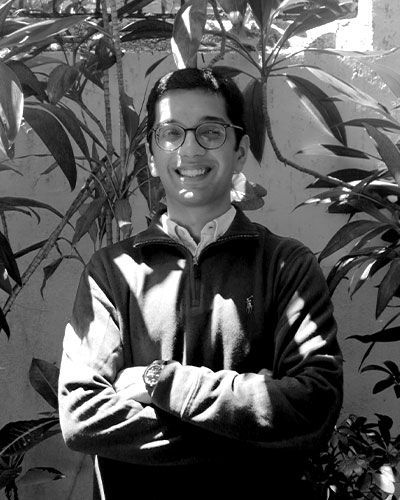 Vishal studied mechanical engineering at Dwarkadas J. Sanghvi College of Engineering, Mumbai, India, graduating in 2020. During his studies, he represented India at two international aero-design competitions and his graduation project was nominated for the James Dyson Award for Sustainability in 2020. He joined Case Design and Casegoods in July 2021. 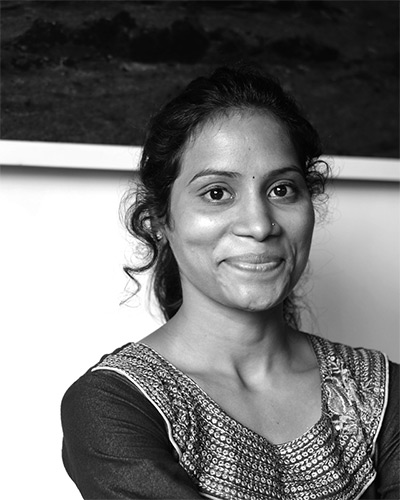 Priyanka has a bachelor in Computer Engineering from the Dr. D. Y. Patil Institute of Engineering & Technology of Pune where she graduated in 2016.  She joined Case Design in January 2017. 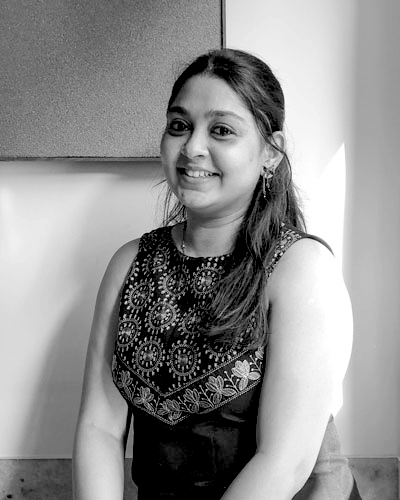 Sarika studied Textiles and Fashion Technology from Nirmala Niketan College of Home Science earning her masters degree in 2012. She then worked for six years in the field of fashion design. She has also worked as a sales executive with ICICI Lombard before joining Case design in March 2020. 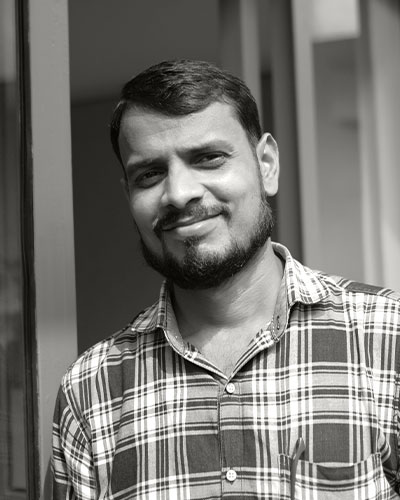 Dhanaji completed his S.Y.B.Com from Shri Ram College, Bhandup in 2011. He previously worked with Shkomin Services as a Commercial Executive before joining Case Design in November 2019. 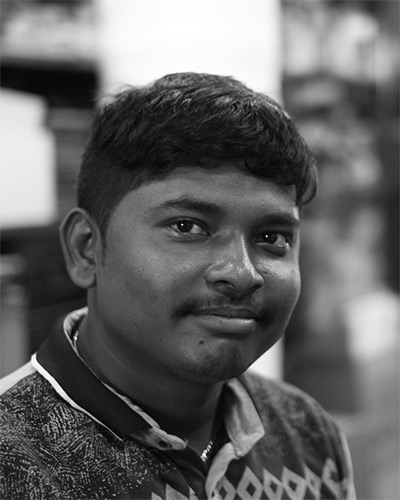 Nilesh worked with Ultra Engineering Corporation and Playn in Mumbai before joining Case Design in November of 2016. 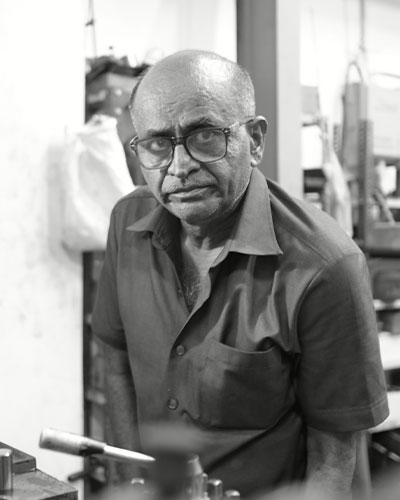 Raosaheb worked with Praveen and Sons Product Ltd. as a Foreman for 25 years, Nadu Fasteners as Machine Operator for three years, and then with Shkomin Services as a Foreman for seven years before joining Case Design in October 2019. 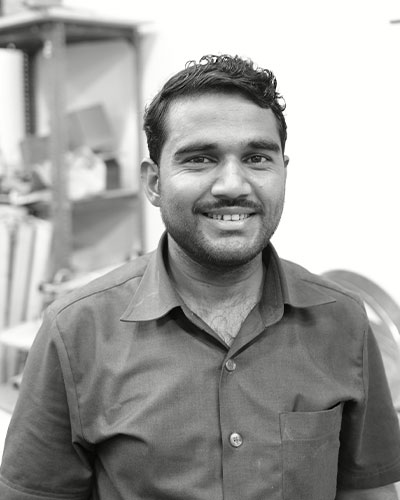